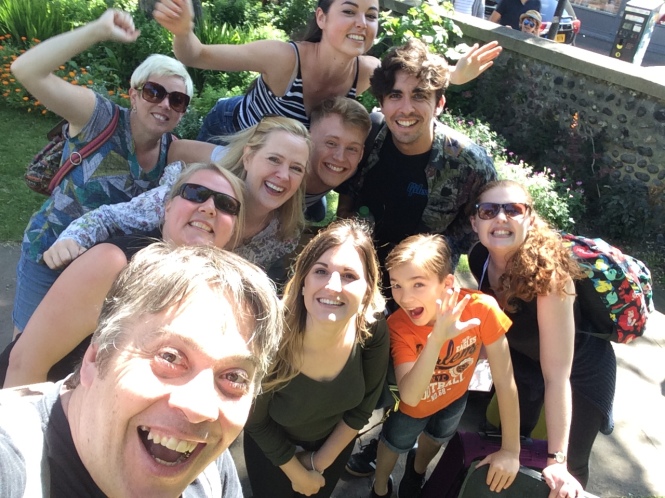 When the evil fairy Gravalada places his spell on the Princess Jade, her three best friends (a brave fairy, a reluctant sheep and a bonkers pig) must join forces with Big Red, Shadwell Sheep and Aurora the Time Traveller to save the day.  Time travel, show-stopping songs, and a host of crazy characters make Sleeping Beauty & the Ewe’s Duty a glorious show for all the family.

Super Sheep to the rescue!